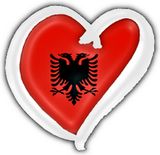 Albania: Aurela stated to be starting with the videoshoot tomorrow. There were no more info about it, yet we could think of Entermedia being the video production company. They are responsible for many high standart and quality Albanian music videos (for example the latest video of Besa Kokëdhima, see article below)
To the question whether she would be a guest at the Skopje Fest this year (like Juliana was last year presenting the new song version), she replied that this is by invitation from the RTSH and therefore not decided yet.

To our polls: We have been asking last month for you opinion about the Albanian representative in Düsseldorf. You could rate the song "Kënga ime" with 1 to 12 points. Most voters did give her the full set of points, which signals a general satisfaction with the Albanian song (on Albanian side at least).
Also compared to other chosen songs, noone said to be liking some other selected song (only Romania and Switzerland had selected until that date) more than the Albanian one.

Now many more countires have chosen its representatives, so we'd like to start a new round, same questions. The lines are opened ;)
Posted by Arben at 20:30