End of the Albanian tradition


Since it's debut at the Eurovision Songcontest, Albania was the first to choose a represantative for the ESC every year until now. This had become a little tradition for the Eurovision Family in the last 7 years.

This season, for several reasons it seems that an other country will have its ESC represantative first:

1) Cyprus and Belgium already start in September with a search for an ESC talent
2) The European Broadcasting Union (EBU) has decided that the ESC songs of 2011 can already be published from 01.09.10 on for the very first time, up to this ESC season the release-date had been the 1st October, which allow Cyprus (1) already to publish possible ESC entries that early.
3) Today Switzerland reported that they're new national final system will take place in early December, before the Albanian "Festivali i kenges", which is yet to be dated (mid-December).
4) Albania most likely wont change the old tradition of its festival taking place in December though, just to keep the short ESC tradition... 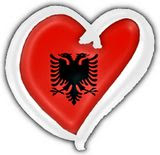 It is therefore most likely to have the frist ESC contestant + song from some other ESC country for the first time in 8 years and cutting a little record on the early ESC scene.

Nevertheless it has yet to be announced of the Albanian delegation, that we see Albania in ESC 2011 and whether the FiK stays their National Final (last year after Juliana's victory that was discussed in a talk show by the producers) . Albavision stays tuned on information of RTSH-sides...
Posted by Arben at 20:39

Email ThisBlogThis!Share to TwitterShare to FacebookShare to Pinterest
Tags: Information