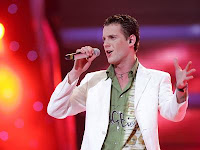 The list of the 56 participants that will take part in Kënga Magjike 2010 was released today, and it contains many well known names for Eurovision fans. As previously reported on Albavision.tk, Juliana Pasha will take part in the competition again, and she will do that together with Luiz Ejlli. They also participated together in Festivali i Këngës in 2008, where they came second with the song "Një jetë". Juliana and Luiz represented Albania in ESC respectively in 2010 and 2006.

Another known Eurovision star who is taking part, is Olta Boka. The Albanian representative from 2008 also took part in the last edition of Kënga Magjike, where she finished ninth with the song "Jepu me zemër". We will also see Adrian Gaxha, who also took part in ESC in 2008, for FYR Macedonia.

Among the other former Festivali i Këngës participants, we find Pirro Çako, Linda Halimi, Era Rusi, Burn, Teuta Kurti, Greta Koçi, Vesa Luma and Voltan Prodani. You can take a look at the whole list HERE!